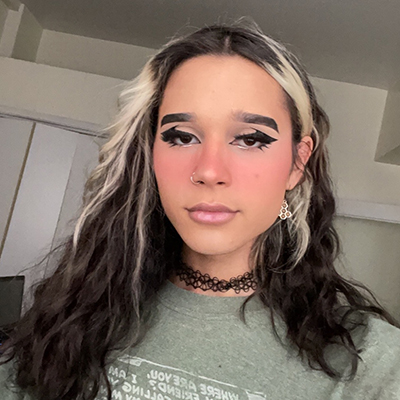 Brooke Modestita is a Puerto Rican trans woman who graduated from West Virginia University with a Major in Women’s and Gender Studies and a minor in Africana Studies, Sociology, and Native American Studies. She will be starting McMaster’s Women’s and Gender Studies MA program in Fall 2021. Brooke’s interests and research lies within the intersections of queerness and blackness. She was a nationally ranked debater in undergrad that has equipped her with skills in research, argumentation, and writing. Brooke eventually wants to become a professor and author and enjoys reading and writing. In her free time she likes to draw and channel her artistic side.

Maddie is a second year Computer Science student at Carleton University with a background in graphic/multimedia design and illustration.
He is excited to use his skills to highlight, document, and celebrate transgender art and experiences and to learn and improve along the way. 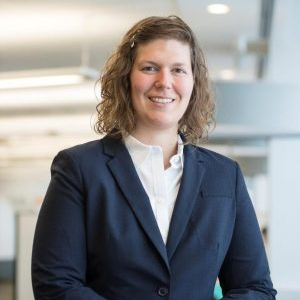 Laura Horak is an Associate Professor of Film Studies at Carleton University and director of the Transgender Media Lab and Transgender Media Portal. She investigates the history of transgender and queer film and media in the United States, Canada, and Sweden. She is author of Girls Will Be Boys: Cross-Dressing Women, Lesbians, and American Cinema, 1908-1934 (Rutgers UP, 2016) and co-editor of Silent Cinema and the Politics of Space (Indiana UP, 2014), Unwatchable (Rutgers UP, 2019), and a special issue of Somatechnics on trans/cinematic/bodies. Horak is a white cis queer settler scholar who is here to leverage her privilege and institutional resources for the revolution. Kit Chokly (they/he) is a white trans student and graphic designer living in the unceded, unsurrendered Territory of the Anishinaabe Algonquin Nation. Their research today examines trans-made media that challenge gender legibility. Kit has a background in illustration and graphic design, and is always looking for opportunities to integrate these skills in his academic work to make research more accessible and useful for everyone. 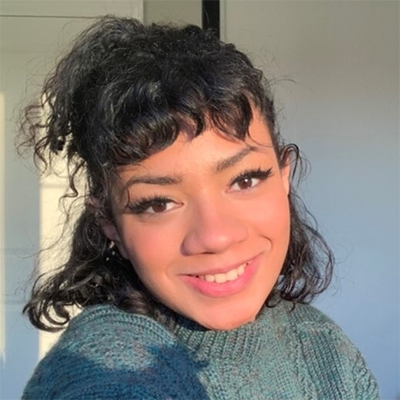 Jada is a Black queer second year undergraduate student of anthropology at Carleton University.
Jada has a background in and passion for community activism, focusing on queer and trans, BIPOC, disability rights, and feminist issues. Jada has used social media and blogs to create educational content on social justice and human rights, with the goal of connecting presenting issues to their structural roots through dialogue with young, marginalized people. She aims to carry this experience into their academic research, creating and maintaining a strong connection between the academic community and the marginalized communities, movements, and individuals who are deeply affected by the institutions they seek to critique and deconstruct. She is driven to amplify representation and excited to engage with trans creators their media. 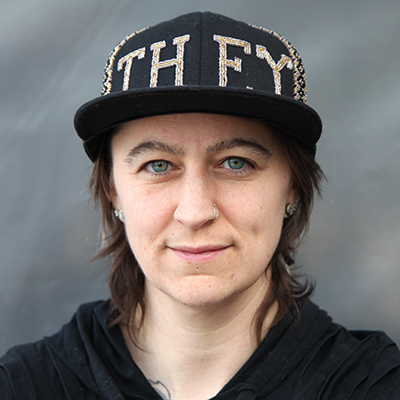 Cara Tierney (they/them) is a transdisciplinary artist, educator and settler who lives and works on the traditional unceded land of the Anishnaabeg nations in the area of Odawa (so-called Ottawa, Canada). Proudly trans, their creative practice is concerned with gender, power and local activism while their academic work investigates the interrelationships of education, art and gender creativity. They hold a MA in Canadian Art History from Carleton University, a MFA from the University of Ottawa and they are a PhD candidate at the Institute for Comparative Analysis in Literature, Arts and Culture at Carleton University. 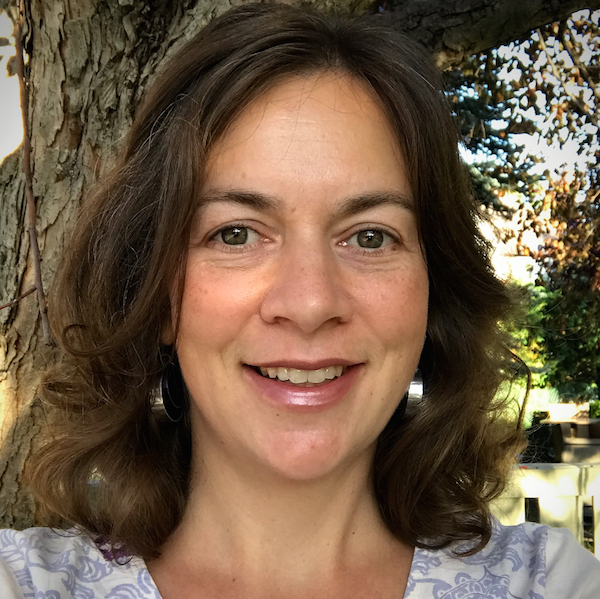 Kate is delighted to be helping to create a platform to showcase the work of trans* artists and filmmakers. Kate also works at Carleton as a project and communications manager for the Norval Morrisseau Project and the Great Lakes Research Alliance for Aboriginal Arts & Cultures (www.grasac.org). She has a PhD in Canadian and Indigenous Literatures and loves a good story.

Constance Crompton is an assistant professor and Canada Research Chair in Digital Humanities in the Department of Communication at the University of Ottawa. In addition to Digital Humanities, her research interests include queer history, Victorian visual and popular culture, prosopography, the semantic web and code as a representative medium. 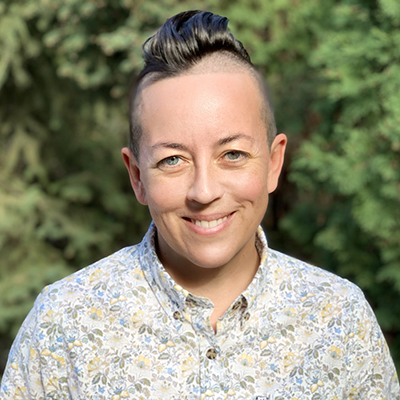 Evie Ruddy is a socially-engaged interdisciplinary artist and digital storyteller.
Their award-winning interactive web project with the National Film Board, Un/Tied Shoes, explores their genderqueer identity through footwear. In 2019, Evie partnered with UR Pride Centre for Sexuality and Gender Diversity to lead Stories That Move You, a portrait and digital storytelling project by and for transgender and non-binary people in Saskatchewan. Evie co-produced the audio walking tour Queering the Queen City, which features place-based stories told by queer, trans, and Two-Spirit folx at sites throughout downtown Regina (Treaty 4), and the city’s Heritage Community.
Evie is a PhD student in the Institute for Comparative Studies in Literature, Art, and Culture at Carleton University. They are studying the ethics of collaborative media arts projects with trans and non-binary participants, and how improvisatory practices can foster productive spaces for participants to exercise agency over how they are represented.

Cáel M. Keegan is a cultural theorist of transgender/queer media and literature. He is primarily interested in the aesthetic forms transgender and queer people have created and how those forms shape our popular lifeworlds. Keegan is the 2021-22 Fulbright Distinguished Research Chair of Arts and Social Sciences at Carleton University and Associate Professor of Women, Gender, and Sexuality Studies at Grand Valley State University. He is author of Lana and Lilly Wachowski: Sensing Transgender (University of Illinois Press, 2018) and co-editor of Somatechnics 8.1 on trans cinematic bodies. His writing has also appeared in Genders, Queer Studies in Media and Popular Culture, Transgender Studies Quarterly, Mediekultur, The Journal of Homosexuality, The Journal of Cinema and Media Studies, and FLOW. Currently, he serves as Special Editor for Arts and Culture at Transgender Studies Quarterly. 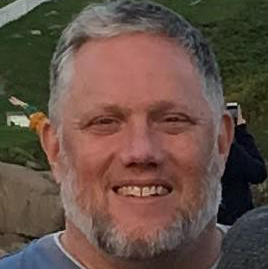 Adam has worked in high tech in Ottawa since the mid 80s. Since 2017 he has worked at Carleton University’s School for Studies in Arts and Culture, embracing his artsy side. He would like to thank Drupal and its community for the tools that the Transgender Media Portal is built on. 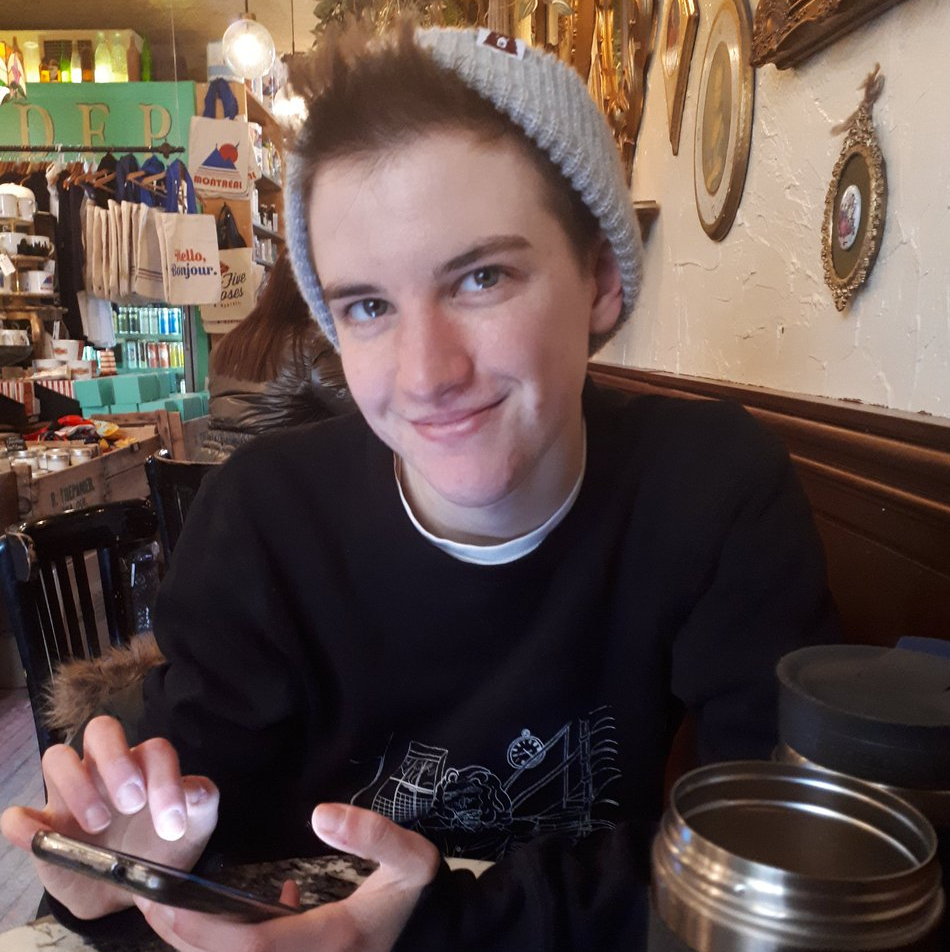 Jay moved to Ottawa three years ago from Strathroy, Ontario. He is in his third year studying Law at Carleton University with a concentration in transnational law and human rights and a minor in Film Studies. When not doing readings he is probably listening to one of his favourite podcasts. 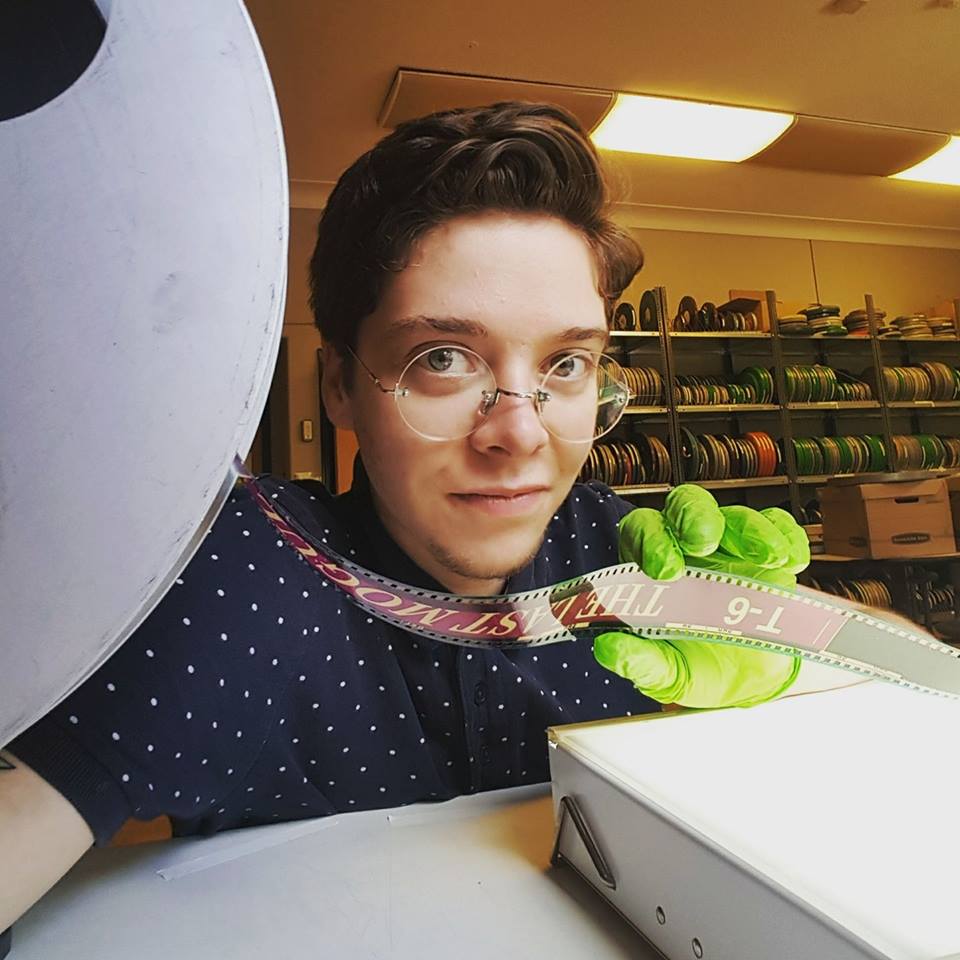 Magnus is a library and archives professional. They have worked with archival collections at the Visual Studies Workshop, the Canadian Lesbian and Gay Archives, Ryerson University, the GLBT Historical Society Archives & Museum, and the University of British Columbia (Okanagan). Magnus is a co-chair of the LGBT Committee for the Association of Moving Image Archivists. They received a Master of Arts in Film + Photography Preservation and Collections Management from Ryerson University where they wrote their thesis on the access and preservation issues facing transgender audiovisual collections. 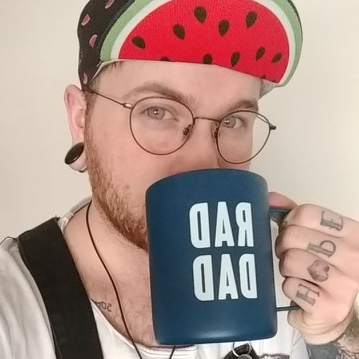 Oliver is a Bachelor of Social Work student at Carleton. His research interests are focused on understanding self care as a collective practice and building communities through pursuits of pleasure and 'doing what feels good'. Oliver believes that transgender representation (and community) should highlight moments of trans joy and desirability from the perspective of trans folks and creating space(s) that are by us and for us. 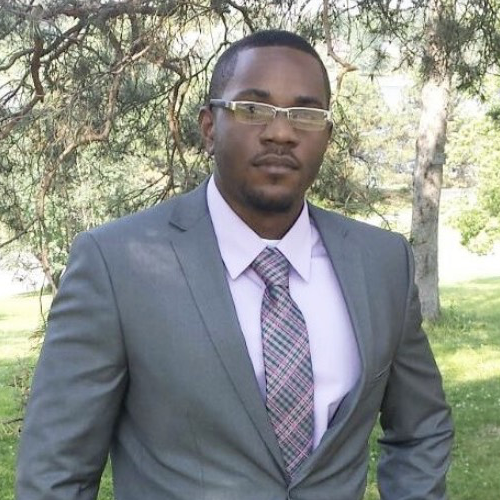 Devin is a fourth-year Computer Science student at Carleton University and assisted the senior web developer for the Transgender Media Portal. So far the project has been very interesting and he has learned a lot about both the content and the development. He is looking forward to seeing the project in progress!

Neecha is a member of Atikameksheng Anishinawbek First Nation (previously Whitefish Lake). She grew up in Ontario and has studied User Experience Design and Web Development disciplines with both Algonquin College and General Assembly. Her experience consists of a variety of design and development skills involving research, prototyping, and implementation. Along with her passion for learning, she has a strong commitment to sharing knowledge and helping others in their academic journey. 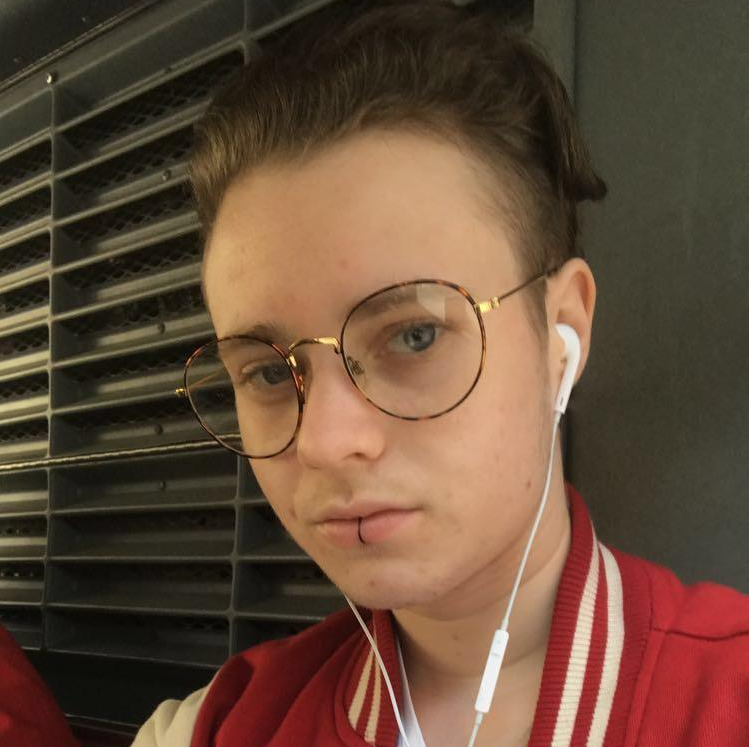 Noah graduated from Carleton University in 2018 with a Combined BA in Film Studies and Gender Studies. He recently began an MA in Women’s and Gender Studies at Carleton to study trans hegemony and gender expression. His written works include pieces on queer sexuality in horror cinema, gender performance in romantic comedies, and the challenges faced by transgender parents. In his spare time, he mentors and advocates for LGBTQ+ youth, performs as a local drag queen, and makes a mean cup of coffee. 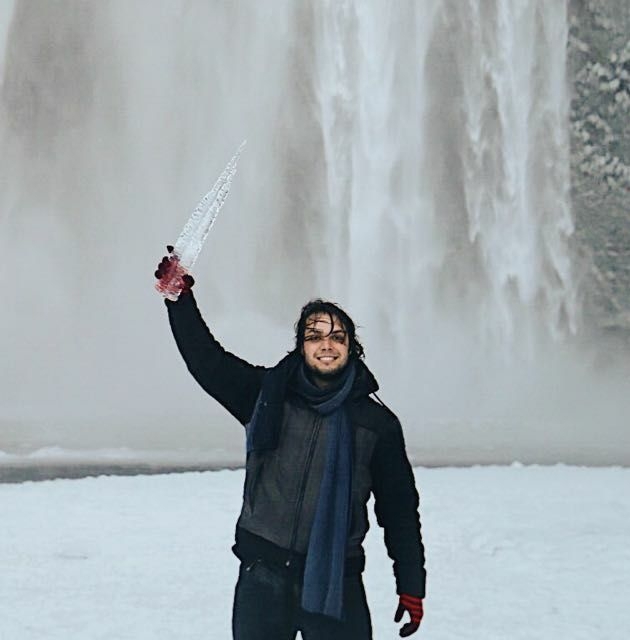