A Vision for the Transgender Media Portal 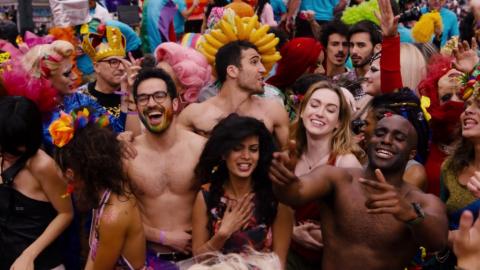 Welcome to the Transgender Media Portal 1.0!

Media acts as a staging ground for the types of life that are permitted to become real and to shape reality in turn. When transgender people create audiovisual media, rather than simply being represented in it, their worldmaking helps change our collective world. The circulation of trans-made films within trans communities generates new forms of imagination and connection. The circulation of this work beyond trans communities can reshape public understandings and start to break down the institutions and forces that commit daily violence against trans people.

Despite recent attention to representations of trans people in Canadian and U.S. media, media created by trans people is often overlooked. Film scholars, women’s and gender studies scholars, and the mainstream media have focused on a small number of well-known, predominantly cis-authored films like Boys Don’t Cry (1999) and The Danish Girl (2015) to stand for “trans cinema,” ignoring the huge amount of audiovisual work made by trans artists in the past three decades. (I use “trans” as an imperfect umbrella for transgender, transsexual, Two-Spirit, nonbinary, and gender-nonconforming and “cis” to mean non-transgender.) A narrow focus on films by cis artists geared toward cis audiences misrepresents the possibilities of audiovisual media for trans self-exploration, political imagination, and community building. It also writes hundreds of important trans artists out of the history of cinema and media. Our tool, the Transgender Media Portal, will be a central hub for righting this misrepresentation.

There are currently real barriers to knowledge about and access to trans-made films. With the exception of the Wachowskis’ films, most trans-made films are screened on the trans and queer film festival circuit and then disappear from public view. Some are distributed by artist-run distributors like VTape, the Canadian Filmmakers Distribution Centre, and Women Make Movies; most do not have distributors at all. While trans-made web series are easier to access, they too have minuscule publicity budgets. Only a fraction of trans-made films and web videos are being preserved in archives.

While there is a real thirst for trans-made audiovisual work today, most educators and festival programmers don’t have time to dig through old festival programs or artist-run distributor websites to find these works and figure out how to get copies and screening rights. Also, the sheer number of films made by trans filmmakers (based on preliminary study, I estimate two to three thousand works in Canada and the US) as well as the dispersal of information about them on film festival websites, distributor websites, and in physical archives, makes it difficult to make claims about trans-made films, from questions of film form, content, and genre, to arts infrastructure, film festival culture, reception, and community impact.

The current version of the Transgender Media Portal brings together resources about films made by trans, Two Spirit, nonbinary, intersex, and gender-nonconforming artists. These include: a list of trans artists seeking support for their work, a list of active transgender film festivals where you can submit and/or see trans-made work, bibliographies of academic writing on trans cinema and media, sample syllabi for classes that include trans cinema, and a list of sister projects.

However, what we have in mind is much bigger. We are bringing together aspects of IMDb and Wikipedia to make a collaborative database of trans artists and their films, which will also include information about funding bodies, festivals, screenings, venues, distributors, and archives. We hope that this database will make it easier to find trans-made films and find out new kinds of information about them--such as when and where trans films have been made, how and where they have circulated, and patterns in the style and content of trans-made films over time and in different places. Initially, we are focusing on films made in Canada and the United States from the 1990s to today, but we are hoping to expand the scope later on. We are planning to launch the database--Transgender Media Portal 2.0--to the public in Fall 2022.

At that point, you will be able to search and browse the database and also to contribute new information to it. Making this tool public and collaborative will bring together knowledge about trans filmmaking that is currently spread out amongst artists, festival organizers, collectors, and fans, enabling them to collaboratively contribute to public knowledge about trans cinema. It will also publicize these largely forgotten works to people who want to research and screen trans cinema, such as scholars, teachers, students, festival curators, activists, archivists, artists, and the public. Finally, it will contribute to the building of community around trans films by offering new ways for people to be involved beyond attending film festivals.

At the same time, we are determined not to make trans people more vulnerable to online harm or breeches of privacy. Therefore, we will work with members of the trans art community, online security experts, and scholarship on intersectional feminist digital humanities research ethics to create policies and infrastructures that maximize the project’s benefit to the trans community and minimize potential harm. Minimizing potential harm includes not outing subjects of the database against their will, not publicly listing deadnames, not revealing personal information that could make someone vulnerable to identity theft and bullying, creating strong mechanisms for preventing vandalism, and ensuring that the database is protected from bad actors. Overall, we will strive to discern and model best practices for digital project partnerships between academics and marginalized communities, ethical crowdsourcing and community building, representing trans people in a database with nuance and complexity, and addressing digital security and privacy issues specific to trans people. In taking a feminist digital humanities approach, we will be self-reflexive about our ethical commitments toward each other in the research team and toward the trans arts community members that we are engaging with.

At this point, we invite you to explore the resources gathered here in this TMP 1.0 site and to get in touch if you have anything to add to the website or you would like to be involved in the process of building and testing the database.

We will be recruiting funded MA and PhD students to Carleton to work on the project between 2020 and 2024. Email us for more information.